At the invitation of the Ministry of Culture and Tourism, the UNESCO Commission of China and the Mayor of Weifang, Gabrovo presented our country in large-scale forums on culture, creative achievements, design, crafts and folk arts held in mid-April in the cities of Weifang (Shandong Province) and Suzhou (Jiangsu Province).

The World Cultural and Creative Excellence Exhibition took place in Weifang, with the participation of 18 cities from the UNESCO Creative Cities Network, which presented thematic expositions. The only European city represented in the forum was Gabrovo, as Gabrovo Deputy Mayor  Mrs. Nela Rachevitz, who was participating in the prestigious event, announced.

The main purpose of the World Exhibition, part of the 12th Culture and Arts Fair, was to present the stories of multicultural creativity in the world through live performances in three-dimensional space, to show the scientific and cultural value of crafts and folk arts. Along with the World Exhibition, an International Forum for Cultural and Creative Industries and Urban Sustainable Development was held in Weifang, with representatives from Creative Cities from Korea, Bulgaria, Mexico, Denmark, Congo, Saudi Arabia, Iran and the Philippines, as well as representatives of the Chinese Creative Cities of Beijing, Hangzhou, Suzhou, Jingdezhen, Qingdao and Macao. The Forum explores ways and means to promote the development of the creative industries, the creation of international channels for the sale of creative products, in order to achieve the goals of developing and maintaining cultural diversity in a global environment.

At the same time, in the Chinese city of Suzhou, the Director of the Ethnographic Open Air Museum “Etar”, Prof. Svetla Dimitrova, and the Head of the Gabrovo Tourist Information Center, Velimira Hristova, joined in one of the largest and most prestigious exhibitions for culture, creativity and design in China, and participated in a forum of the World Capitals of Crafts and Folk Arts.

The exhibition is held for the eighth consecutive year and with each one it increases its popularity and attendance. Recognized as the Creative City of Crafts and Folk Arts, Gabrovo had its own exhibition area and was presented with carvings by a master carver from “Etar”, which convincingly aroused the interest of Chinese visitors. Exhibitors from Creative Cities included craftsmen from several cities in China, Japan, Iran, Mexico, Saudi Arabia, Africa, Egypt and Thailand.

During the forum of the World Capitals of Crafts and Folk Arts in Suzhou, Gabrovo was introduced with a special presentation and a film showing its experience in the field of creativity, crafts and work with young people.

Gabrovo’s participation in prestigious forums in China was a great opportunity to share good practices and initiate new thinking for sustainable urban development, which puts the focus on enhancing overall collaboration through and for creativity. 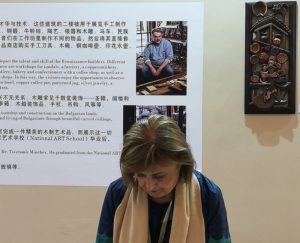 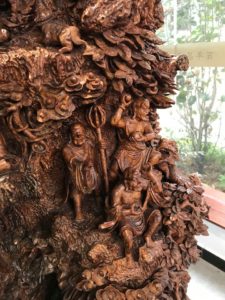 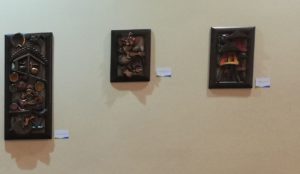 The six works of the wood carver Tsvetomir Minchev, presented at the big International Exhibition in the Chinese city of Suzhou, aroused great interest from the visitors. The Director of the “Etar” Museum Prof. Dr. Svetla Dimitrova recommends that in the next edition along with his works, the craft master from the museum should also demonstrates his craftsmanship.

Prof. Dr. Svetla Dimitrova and the Head of the Tourist Information Center Velimira Hristova presented Gabrovo at the eighth edition of the International Craft Exhibition in the Chinese city of Suzhou.

This place, with a population of over 8 million people, located near the important economic center of Shanghai, is of strategic importance and like Gabrovo it is a member of the UNESCO Creative Cities Network.

In Suzhou, Prof. Dimitrova and Velimira Hristova participated in an expo for creativity, design and culture.

“Shanghai is China’s open door to the world, and Suzhou is a gateway to the traditions that are preserved there. The town is more than 2500 years old and there you can see crafts and activities, and in general, the way of living for many centuries. Suzhou is the center of silk, tea and embroidery production. The 8th International Craft Exhibition has a very strong local participation. Some of the creative cities in the UNESCO Network are also represented, and Bulgaria is being included for the first time solely with the attendance of Gabrovo. From the invitation they sent, it became clear that the Chinese hosts are very familiar with our city and want to show our carving,” Prof. Dimitrova said.

Six works by the “Etar” master of wood carving Tsvetomir Minchev were presented at the exhibition in Suzhou. Prof. Dimitrova emphasized the important role of the craftsman and his work, through which the “Etar” Museum is illustrated as a place for preserving the traditions.

“We had the opportunity to explain to visitors at this exhibition why Gabrovo is a city of the UNESCO Creative Cities Network. For future attendances, we will recommend demonstrations from a craftsman.

People don’t need many words when they can see how things happen.

China is known for its carvings – mostly miniature ones, and that’s why ours, which is very different from theirs, made an impression on them.

The very forms of the presented carving of Master Tsvetomir Minchev, larger than those Chinese visitors are accustomed to, made them to observe with care, to look closely at its objects.”

Prof. Dr. Svetla Dimitrova also notes another difference between China and Bulgaria related to craft situation. In Bulgaria, the collaboration between designers and craftsmen is not so common.

According to her, in China it seems that the object and figures that will be created have first a design project that masters adhere to. 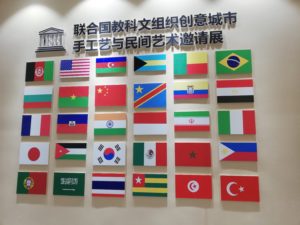 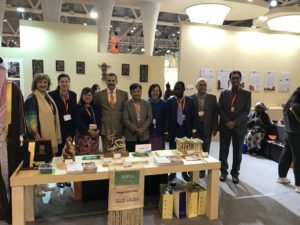 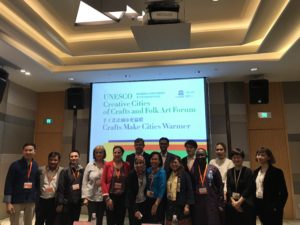 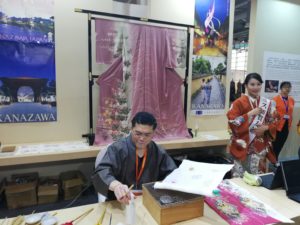 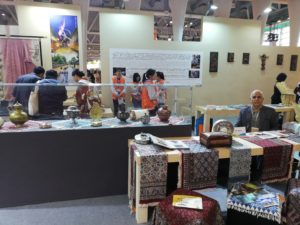 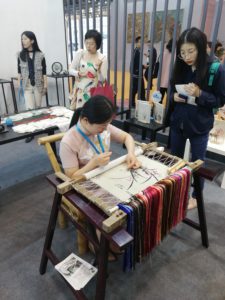 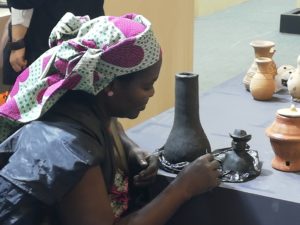 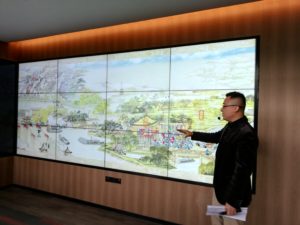 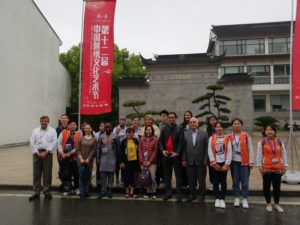